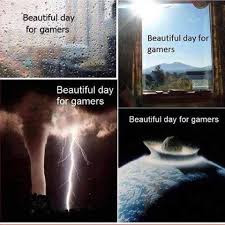 As many are forced to stay at home due to this coronavirus pandemic leading to mass social isolation, I thought I would share here some useful resources for network multiplayer gaming as a way to socialize and connect with others. While it is certainly not healthy to become isolated or addicted to gaming, on the other hand multiplayer gaming provides a means to connect with others.

I did quite a bit of research, using the following criteria:
Some of these games have built in chat, others do not, but that can easily be rectified by downloading a chat program such as Discord, Zoom or Skype. Old computers will operate faster on Linux. For an old computer with an old graphics card that did not support OpenGL 3.x or higher, I installed Lubuntu 19.10 so that I could dual boot between both Windows and Linux.

Regrettably I had to exclude some good games because of lack of OpenGL 3.x support on the old graphics card. But in the end I found a rather large selection of games that will provide hours of game play.  I have divided the games into the following categories:
Some games can be installed directly through the Linux distribution, others have their own site, and others can be installed directly using the Steam distribution client.

If you are into old school board games, board games have been revived by several online services that allow you to play them over the internet.  And these work in a browser without any special installation. ChessKid is a site that is perfect for introducing children to the game of chess. There are websites that include all sorts of games, and from a cursory search found the following websites:
There are others, for a full review see 6 Best Sites to Play Board Games Online for Free!

Most games can be simply played for free, either among friends and family or complete strangers.  Some games however can only be played behind a pay firewall, but there are plenty of choices here. I prefer strategy games, a simple popular one I would probably try first is Carcassonne. More complicated ones of interest are Puerto Rico, El Grande and Scythe.

If you have that one favorite unique board or card game, you may need to look elsewhere. For example if you are into the Dominion card game, you can play it here: Dominion Online (for a review see The online board game Dominion is the only thing keeping me sane during coronavirus). Another popular game is Settlers of Catan, and you can play that online here: CATAN Universe. For an example of game play using Zoom to connect with friends, see I played a long-distance version of Settlers of Catan, the wildly popular and complex board game, with 3 of my friends. Here's how you can do it from your own home.

Similar to the category of online board games are turn based strategy (TBS) games, which either require more investment in time or play out over a period of days. You are going to need to find dedicated gamers for this type of game. Many of these games have extra mods providing even more replayability value. Here are the free games that have clients that run on both Windows and Linux:
UFO: Alien Invasion is a bit different from the rest and is based on a popular game series, and is more a tactical turn based shooter. Demise of Nations and Age of Conquest IV are made by the same company and are mostly free, but according to Some thoughts on Demise of Nations, a 4X strategy game you may need to pay more to access their servers if you play frequently. 0 A.D. may offer more diverse game play since it is still under active development (see Waiting for Age of Empires 4? 0 A.D. is the next best thing).

If you are the impatient kind and can't stand waiting for someone to take their turn, then consider real time strategy (RTS) type of games. Everything happens in realtime, and you have limited time to make the correct decisions and have to react to rapidly changing events. If that is your style here are the free games that can be played on both Windows and Linux
Out of all these, the one that is most interesting here is King Arthur's Gold, which looks insanely fun to play. Its 2D and has different mods, and someone made a mod to make it look like Minecraft. This one was perhaps one of my most interesting finds, it is not a well known game.  Here is a review:

MMORPG are Massively Multiplayer online RPG games, which can be fun if you dive in with a group of friends. The caveat here is that the online player community will make the experience good or bad - they can be friendly or they can be toxic. Also after the first few introductory levels you may tend to go through repetitive grinds to level up, unless you pay for it to speed up the progress. But initially it can provide hours of fun. MMORPG games that have Linux support without requiring OpenGL 3.x include Warspear Online and Wild Terra Online. There are many others for Linux, see 8 Free MMORPGs That Run Natively on Linux and Linux Compatible MMOs & MMORPGs.  See the "honorable mentions" section below for two MMORPG that I would recommend since they include tactical turn based combat which is good for team play.

For faster and more simple play, the following games have clients for both Windows and Linux, and either operate off of servers on the internet or servers that can be setup locally on your own computer:

And now we come to first person shooters, and from this I excluded some choices due to their violent content. Team Fortress 2 is perhaps the most popular but it unfortunately did not make the cut, it is a CPU and graphics hog and my laptop could not handle it. There are many other options to choose from, but I found most of these could run on my Linux setup:

HONORABLE MENTIONS AND OTHER IDEAS?

Everyone will have their own preference here, and in a group there will always be a compromise on choice but there is something for everybody here. In my brief research I found three honorable mentions that allow for co-op play:
If we drop the requirement for Linux or old graphics cards, the field of options opens up even wider. Other options would then include Airmech Strike, Brawhalla, Expendabros and Unturned. This is by no means complete, if you have a favorite game to share please drop a note in the comments.

In terms of guidance, video games can become an addiction, so some balance is required here. However if the proper choice is made games can offer a way to get together with friends and bring people together. Strategic games such as Chess and Go improve cognitive abilities. But if you are introducing someone new, start first with something simple.
Posted by Doug Webber at 12:02 AM

Email ThisBlogThis!Share to TwitterShare to FacebookShare to Pinterest
Labels: Games