A Prophecy of the 2019 Nuclear Accident in Russia 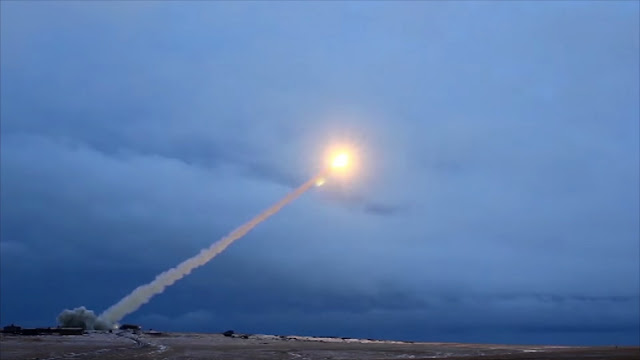 In May of this year (2019) I published a work entitled the X Prophecy, which can be found here on Amazon. The book details a series of prophecies, based on a dream that references a series of precognitive stories published in a series of fictional stories. It predicts some global events, and I have mentioned the following world wide events that were predicted in the following previous blog posts:


And now there is another which happened in August of this year (2019), and I just noticed it - I should have been paying attention to the news.  This concerns a mystery nuclear explosion near the Arctic, the worst nuclear disaster since Chernobyl - see the article TWO RUSSIAN RADIATION DETECTORS WENT SILENT AFTER MYSTERY NUCLEAR-POWERED MISSILE EXPLOSION:

Monitoring stations near the site of a failed nuclear-powered missile test in northern Russia have reportedly stopped transmitting data, bolstering concerns that the Kremlin is trying to cover up evidence of the accident. ... the explosion took place at the site in Nyonoksa on August 8 during tests on a liquid propellant rocket engine... The failed test is thought to have involved the nuclear-powered cruise missile in Russian known as "Burevestnik" and in the U.S. as "Skyfall."

So what is significant about this is that the dream pointed us to a series of stories mentioned in the X-Men comics, and one of the stories concerned the explosion of a nuclear cruise missile in the Arctic. Here is the actual graphic that I included in the book: 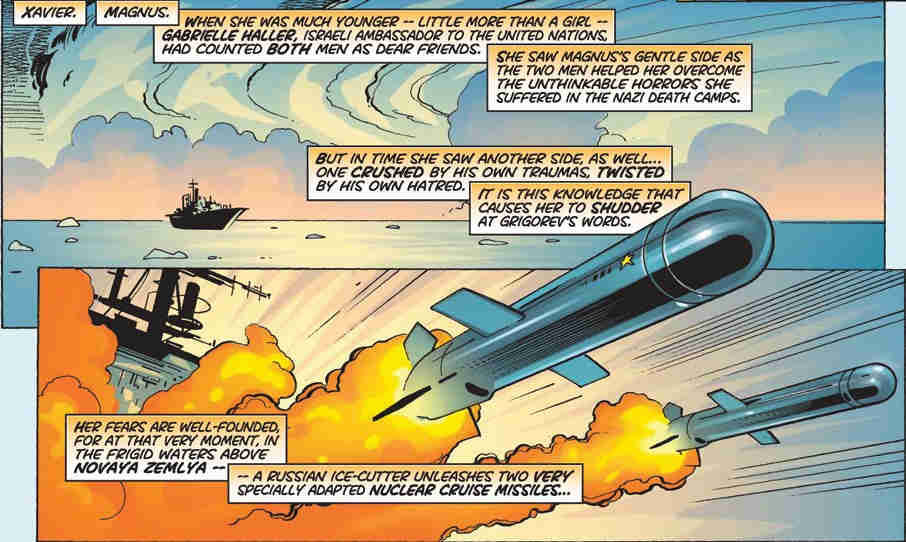 These nuclear cruise missiles are launched by Russia against a secret base that Magneto had established in the Arctic. It takes place in Novaya Zemlya, an archipelago in the Arctic Ocean. The city where the nuclear accident in Russia took place was at Nyonoksa, on the coast of the White Sea. After they are launched, the missiles cause a nuclear explosion, despite the fact that Magneto attempted to stop them.

I would like to add this event as a postscript, but now it looks like I am going to have to leave that e-book untouched, so I can show what was written before the event.

Very strange indeed, and an unexpected surprise. It is one of the weirdest precognitive dreams I had interpreted. It provides a definite warning for the future, a warning against the use of low level tactical nuclear missiles.

As this nuclear cruise missile is known as "Skyfall" to NATO, and threatens to pollute our waters, I thought it fitting to include the song Skyfall with an interesting symbolic video, from the movie Skyfall: