What is the Little Book of Seven Thunders? 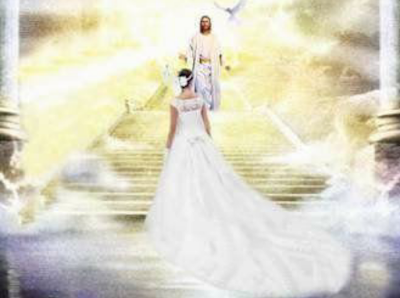 The book of Revelation speaks of an angel descending from heaven, holding a little book open in his hand, who then cries out and seven thunders utter their voice. The apostle John was about to write what the seven thunders uttered, but is commanded not to reveal them, and they would only be revealed in the days of the seventh trumpet. He is then commanded to eat the little book, after which he is commanded to prophesy (Rev. 10).

The identity of the little book, and the revelation of the seven thunders, has puzzled many. As explained in The Mystery of the Book of Seven Thunders Explained, it was revealed to Swedenborg that the the content of the little book was concerning a teaching in scripture that few have observed: Jesus Christ is Jehovah in human form, and that His human form is Divine, a Divine Human.

In regards to the little book of the seven thunders, Swedenborg gets more specific: the content of the little book was actually the same as the contents of The Doctrine of the Lord, which focuses on a study of scripture that shows that Jesus is Jehovah in human form, and that His human form is actually the Son of God. The Divine exists within Him as the soul exists in the body. As He was born of a virgin, He calls God "Father." But the idea of three persons is a false one invented by men. Thus following the revelation of the little book, the book of Revelation describes a religious conflict between those who follow the revelation (the 2 witnesses and the 144,000) and those who follow the dragon, the beast and the false prophet.


PSALM 29 AND THE SEVEN THUNDERS

I have been working on a work of the Psalms that explains the numeric significance of its poetic structure, paying attention to the number of the Psalms, the number of verses, words and even letters. The Jews knew this but the knowledge has been generally lost in Biblical studies. I have restored the number of verses according to the Hebrew poetic parallelism, and to my surprise discovered that verse, word and letter counts of scripture are actually significant, and can help explain or reinforce the actual text. I have been using a computer program to find counts that are significant, and came across this find, among many others:

This pattern is hidden until one restores the proper verse counts. The 700 verses in Psalms 29-70 caught my attention. I at first ignored it, as Psalm 70 is not in any way related to the content of Psalm 29. However I then realized that the numbers were reinforcing one unnoticed fact about Psalm 29: Psalm 29 mentions a word for thunder exactly seven times:
The word for "thunder" (Heb. qowl or qol) is unnoticed in all Bible translations as it is translated as "voice" - both translations are allowable, depending on context. One reason it is translated as "voice" is that there is another word for "thunder" in verse 3. But it is unmistakable: Psalm 29 is the little book of seven thunders.

Even with this insight, most who read Psalm 29 will not know what it means, except understood in its spiritual sense. It is an unusual Psalm, and some scholars simply presume it was borrowed from an earlier hymn dedicated to a Canaanite god of thunder. However here we will explain it in the spiritual sense, as published in my other work, The Symbolism of the Psalms.


THE SPIRITUAL MEANING OF PSALM 29 AND THE SEVEN THUNDERS

In the spiritual sense, "sons of God" are those who are in the the truths of the Word, are who follow spiritual truths. But in the highest sense it is telling all who are in spiritual truths to acknowledge the one Son of God, Jesus Christ, who is Jehovah as to the Divine truth in human form. In the revelations of the New Church, the title "Son of God" is used for Jesus to refer to His Divine Human. The human is that which was born to the virgin Mary in time, not a Son of God "born from eternity" which is a falsehood invented by the Nicene Creed.

But what about the rest of Psalm 29? Most will pass it off as "figures of speech" not worthy of attention. But in the New Church, every word of scripture is significant and has a spiritual meaning. In a general sense, the subject of Psalm 29 is as follows, which Swedenborg recorded in his summary of the spiritual meaning of this Psalm:


"The power of the Divine truth from the Word dissipates falsities and reforms the natural (v. 3-9) which is from the Lord alone (v. 10-11)."

This is what it means in the spiritual sense. The cedars of Lebanon are the thoughts of the human rational mind, the hinds that calve are the affections of the natural man.  But in the highest celestial sense, it refers to how Jesus Christ made His human form Divine. This took place in gradual stages, as his human form had inherited a sinful nature from his mother Mary by which Jesus could be tempted (despite what the Roman Catholic Church say on this matter, they are incorrect and have distorted the truth of Christianity). This is summarized in seven principles in The Doctrine of the Lord by Swedenborg:

I. The Lord from eternity is Jehovah.

II. The Lord from eternity, or Jehovah, took on the Human to save men.

III. He made the Human Divine from the Divine in Himself.

IV. He made the Human Divine by temptations admitted into Himself.

V. The full union of the Divine and the Human was effected in Him by the passion of the cross, which was the last of the temptations.

VI. He successively put off the human taken on from the mother, and put on the Human from the Divine in Him; and this is the Divine Human and the Son of God.

VII. Thus God became Man, as in first principles so also in ultimates. (Doctrine of the Lord, n. 29)

Also, the union of the Divine with the human took place in gradual stages, until Jesus Christ became the Divine Human, Jehovah Himself in natural visible form:

"That the Lord made His Human Divine from the Divine in Himself may be evident from many passages in the Word, of which those will now be adduced which prove,

1. That this was done successively; which are these: Jesus grew and waxed strong in spirit, filled with wisdom; and the grace of God was upon Him (Luke ii. 40). Jesus increased in wisdom and stature, and in favor with God and men (verse 52).

2. That the Divine operated by the Human, as the soul by the body. This is evident from these: The Son can do nothing of Himself but what He seeth the Father do (John v. 19). Of Myself I do nothing; but as My Father hath taught Me, I speak these things. He that sent Me is with Me: He hath not left Me alone (viii. 28, 29; v. 30). I have not spoken of Myself; but the Father Who sent Me, He gave Me commandment what I should say and what I should speak (xii. 49, 50). The words which I speak to you, I speak not of Myself: the Father Who abideth in Me, He doeth the works (xiv. 10). I am not alone, because the Father is with Me (xvi. 32).

3. That the Divine and the Human operated with unanimity appears from these: What things soever the Father doeth, these also doeth the Son likewise (John v. 19)" (Doctrine of the Lord, n. 32)

THE TEMPLE AND THE GLORY OF THE LORD

This particular verse, however, is slightly mistranslated, although it is allowable, with the shifting of the name of Jehovah to the following verse:

That the name Jehovah should be shifted to the previous verse I had previously discovered by analyzing the numerical poetry of Psalm 29, which I will explain in an upcoming work. That the phrase "glory of Jehovah" is correct, can be seen in parallel passages where the phrase "glory of the LORD (or Jehovah)" is mentioned in scripture:

In the spiritual sense, "the glory of the LORD" is the Divine itself, and the tabernacle or temple is human form of Jesus Christ. That this is so, can be seen from the following passage:


So the Jews said to him, “What sign do you show us for doing these things?”
Jesus answered them, “Destroy this temple, and in three days I will raise it up.”
The Jews then said, “It has taken forty-six years to build this temple,  and will you raise it up in three days?”
But he was speaking about the temple of his body. (John 2:18-21)

So in the hidden spiritual sense, Psalm 29 speaks how Jehovah made His human Divine, and commands all who follow the truth to acknowledge this. After Swedenborg had written The Doctrine of the Lord, he was probably told this by angels who recognized it described the same spiritual truths that is described in Psalm 29. Swedenborg also stated that the little book of seven thunders also concerns how Jesus made His human Divine by admitting and conquering temptations due to assault between the Divine and all of hell, which is the general subject of the Psalms in general.

So, the work that has been done on the numerical poetry of the Psalms is bearing fruit, which is confirming the internal revelation of scripture as revealed to Emanuel Swedenborg. This one took me by surprise, so I thought I would share this in this blog while I continue editing this work on the Psalms for publication. I could not cover the entire spiritual meaning of Psalm 29; for the details of every single word mentioned therein see the work The Symbolism of the Psalms.
Posted by Doug Webber at 2:42 PM