Quit the Old Church, and Join the New 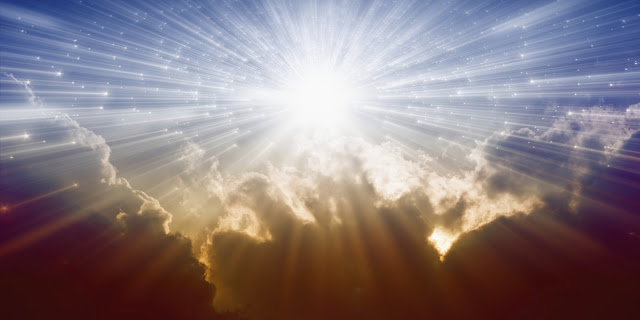 Here is an interesting article: a pastor is telling people to quit church: I'm a pastor and I want you to quit church. Now! He is recognizing a fact: church attendance is shrinking, apathy is growing, and there is a lot of doubt about core beliefs. And yet he is completely blind as to the root cause.

But here is the point he is missing: the core foundational beliefs of the church are simply false. True Christianity over the centuries has been falsified.  Instead of a belief in one God, there is a belief in three gods. And since it cannot be explained, ministers don't attempt to, but keep emphasizing a blind faith. And this goes against the modern age of enlightenment, where true spirituality is in agreement with reason, and not just blind belief based on tradition and authority.

What those within the traditional churches fail to see is that the religion from within is dying. The theology is inconsistent and not rational. Swedenborg pointed this out over 200 years ago:

"The rulers of the church insist that the understanding is to be kept under obedience to faith, nay, that faith, properly speaking, is a faith in what is unknown, which is blind, or a faith of the night. This is their first paradox; for faith is of truth, and truth is of faith; and truth before it can become an object of faith, must be seen in its light and understood; otherwise what is false may be believed as true. The paradoxes flowing from such a faith are many, as that God the Father begat a Son from eternity, and that the Holy Spirit proceeds from both, and that each of these three is a Person by Himself and a God: that the Lord, both as to His soul and body, was from the mother: that the above three Persons, consequently three Gods, created the universe; and that one of them descended, and assumed human nature, to reconcile the Father, and thus to save mankind; and that they who by grace obtain faith, and believe these paradoxes, are saved by the imputation, application, and translation, of His righteousness to themselves; and that man, at his first reception of that faith, is like a statue, a stock, or a stone, and that faith comes by the mere hearing of the Word; that faith alone without the works of the law, and not formed of charity, is saving; and that it produces the remission of sins without previous repentance; and that, merely by such remission of sins, the impenitent man is justified, regenerated, and sanctified; and that afterward charity, good works, and repentance, spontaneously follow: besides many other like paradoxes, all which, like offspring from an illegitimate bed, have issued from the doctrine founded on the idea of three Gods." (Summary Exposition, n. 54)

And since this theology cannot be explained in a rational manner, it is simply avoided by the ministers:

"the tenets of the present church cannot be learned and retained without great difficulty, nor can they be preached or taught without using great care and caution to conceal their nakedness, because sound reason neither discerns nor receives them." (Summary Exposition, n. 58)

This leads to a spiritual dilemma to those who can discern it: that there is something not quite right in what the church is teaching. They just want you to blindly believe and follow without understanding. Because they themselves do not see the truth. This is prophesied by Jesus as what will happen near the end of the age:

Nevertheless, when the Son of Man comes, will he find faith on earth? (Luke 18:8)

And so ministers, who are blinded by their own faith, cannot see the source of the problem. They wonder why people attend church and do not apply it to their lives. Because they themselves teach faith alone saves, which to them is but a belief in the memory and empty words in the mouth. The paradoxes that are taught are many:

So the answer?  Quit the old traditional church, and join the New Church.  The New Church corrects the many errors that have entered Christianity through the traditions and teachings of men. And the New Church is founded on direct revelations from Jesus Christ. The tenets of the New Church are simple:

1. Worship one God in one person, who revealed Himself in incarnate form as Jesus Christ, and,
2. Shun evils as sins, and do what is good.

Which Swedenborg says in his own words:

"But do you, my friend, snatch yourself from such contradictions, and shun evils as sins, and do good, and believe in the Lord, and saving justification will be given you." (Summary Exposition, n. 59)

True faith is living by the truth, according to God's word, and worshiping Jesus Christ as the One God of the universe. It is not a blind belief where the rational understanding is suspended. Even the apostle Peter stated we should be ready to give a rational argument:

"but in your hearts honor Christ the Lord as holy, always being prepared to make a defense to anyone who asks you for a reason for the hope that is in you; yet do it with gentleness and respect" (1 Pet. 3:15)

And if you can't make a rational defense to a devil's advocate, something is wrong. Of course you cannot share your faith if you can't justify it.  Before making a defense, examine the teachings yourself: is what your church teaching true or false?  There are two kinds of people: those who believe what they are told, and those who examine what they are told to determine if they are true or not, by reading scripture themselves.

And if you want to take a shortcut, and avoid the long arduous path of searching, examine the theology of the New Church in the writings of Emanuel Swedenborg. It will answer all your questions, but you must be ready for one thing: be ready to admit that the way you think, what you believe, may be wrong.

But, there is light at the end of the tunnel, and when you see it, you will quit the old church and join the new. And there is no turning back. So yes, quit the church, but for a completely different reason then what this pastor is saying: reject what is false and follow what is true. For this is the truth of the Second Coming, revealed from heaven.

And then you will have a new personal relationship with Jesus Christ, and acknowledge Him as the One Person you should pray to. For He is the One, and there is no such thing as a second or third person. For within Him the Divine itself is the Father, His human form is the Son, and the Divine proceeding from Him is the Holy Spirit. And in the teachings of the New Church, the true spiritual meaning of scripture will be opened, where one will see the light of heaven to apply it to one's daily life, to live a new life and to turn away from the old way of death, which the masses blindly follow.
Posted by Doug Webber at 12:05 AM