Why Muslims and Jews falsely reject Christianity, and the Divine Human 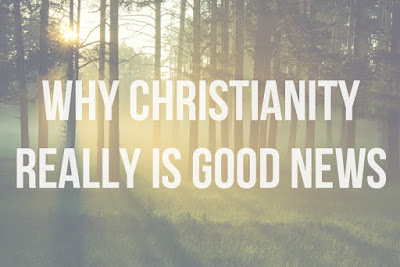 I was told by a Jewish person that he enjoyed the writings of Emanuel Swedenborg, but he could not accept Jesus as Divine and had a problem with that.  This is also a problem for many Muslims who regard Jesus as just a prophet; moreover it is a problem for Christians in Muslim countries as it is viewed to worship something created as blasphemous against the Creator. So what is the answer?  It is quite a logical argument, something for which few Christians give a proper answer. So here is the summary of the problem I gave to the Jewish person:

Most Jews and Muslims have 2 problems with declaring Jesus as Divine:
If you look deeply into what was revealed to Swedenborg, he was told this:
So given that, the definition of a trinity of three persons is a definite falsehood. Many Muslims who see this teaching thus become attracted to the New Church, as the New Church also accepts that some sort of revelation was given to Muhammed.
As for Judaism, many of the rituals will not be understood until one understands the hidden spiritual sense, but much of it will remain hidden until one understands the doctrine of the Divine Human.
Before the incarnation, Jehovah could not reveal Himself except through an angelic being. What Swedenborg described was that angels would be invested with an influx from the Divine and speak as if they were Jehovah Himself. But as mankind become more sinful, this connection with the angelic realm became cut off. The only way to restore it was for Jehovah to become incarnate in human form.
Another point: the Divine, as an abstract concept, cannot be held in the thought without an external form. In New Church theology, the Divine itself is unreachable by human understanding, but is reachable in its external form, which is the Divine Human. The invisible Divine and the visible Divine is known as the Father and the Son. It is a mistake to assign separate distinct personal identities to different titles of the Divine.

HOW JESUS GRADUALLY MADE HIS HUMAN DIVINE

So, there are several falsehoods that have grown within the Christian church that originated from the thoughts of man and not from Divine revelation, which have corrupted the Christian church. When these falsehoods are removed, a lot of the disagreements that Muslims and Jews have with Christianity in general sort of go away. The true reality of the situation is that as it is now, no traditional religion is completely true, nor is it completely false. But it is hard for those who grew up in a religion to see their own bias and the hidden falsehood of their religion.

I have not, however, been able to find a falsehood in the Divine teachings as received in the writings of Emanuel Swedenborg. Religious authorities have issues with Swedenborg because they are unable to let go of the falsehoods that they have received from their own tradition. And the problem here is ministers of a particular denomination do not exactly have freedom of thought or freedom of speech to publicly disagree.

So, for example, Catholics are taught that Mary was born perfect, and therefore Jesus was born perfect. Neither of these statements are actually true. Mary was a woman born in sin like us all, and Jehovah had to become incarnate from a human woman so that He could directly fight against the evil tendencies of that human form.  This is a concept most Christians are unfamiliar with, and thus they cannot give a rational explanation for Christianity. It is here that the Orthodox have a closer view of the truth, although they may not explicitly teach it well.

As this is hidden from most Christians, I will here quote what was revealed to Swedenborg on the matter.

STATEMENTS ON THE HUMANITY OF JESUS AND HIS MOTHER MARY

"[the Lord] was born as another man and instructed as another man, but the interiors with Him were celestial, which adapted the vessels for the reception of knowledges, and so that the knowledges would afterwards become vessels to receive the Divine. The interiors with Him were Divine, from Jehovah His Father; the exteriors were human, from Mary His mother." (Heavenly Arcana, n. 1460)

In the following passage, the "first rational" is one's rational mind which is in love of the self, the "second rational" is one that one receives from the Lord which desires love and truth:

"...it is to be known that though a man be regenerated, still each and every thing of the first rational remains with him, and is only separated from the second rational, and this in a most wonderful manner by the Lord. But the Lord wholly exterminated His first rational, so that nothing of it remained; for what is merely human cannot be together with the Divine. Hence He was no longer the son of Mary, but Jehovah as to each Essence." (Heavenly Arcana, n. 2657.7)

"That He was born of the virgin Mary is known, yet as another man; but when He was born again, or became Divine, it was from Jehovah who was in Him, and Who was Himself as to the very Being of life. The unition of the Divine and the Human Essence was effected mutually and reciprocally, so that He united the Divine Essence to the Human and the Human to the Divine" (Heavenly Arcana, n. 2798.2)

This is from a passage where it is explained that the Lord had to expel hereditary evil he inherited from Mary:

"...this was hereditary evil from the mother, against which the Lord combated... and from His expelling it, so that at length He was not the son of Mary" (Heavenly Arcana, n. 4563.1)

"The Lord was indeed born as another man, and had an infirm human from the mother; but this human the Lord entirely cast out, so that He was no longer the son of Mary, and made the Human in Himself Divine, which is meant by His being glorified; and He also showed to Peter, James, and John, when He was transfigured, that He was a Divine Man." (Heavenly Arcana, n. 4692.5)

The following passage explains the difference between the regeneration of ordinary men and the glorification of the Lord's human:

"From this it may be evident that man is made altogether new when he is regenerated, for then all things and everything with him are so ordered as to receive heavenly loves. Nevertheless with man the prior forms are not destroyed, but only removed; but with the Lord the prior forms, which were from the maternal, were altogether destroyed and extirpated, and Divine forms received in their place. For the Divine love does not agree with any but a Divine form; all other forms it absolutely casts out; hence it is that the Lord when glorified was no longer the son of Mary." (Heavenly Arcana, n. 6872.4)

WHY A NEW REVELATION FOR CHRISTIANITY

This is why a new revelation for Christianity and Jesus Christ had to be made, for as it is now, there are so much falsehoods in the older traditional churches that many cannot make a rational argument to explain the truth of Christianity. So question what you have been taught, and as one removed the falsehoods from within, so many that are without will be willing to come closer to Jesus Christ, to live a spiritual life according to His commandments, where He dwells within each one of us through His spirit.
Posted by Doug Webber at 2:49 PM