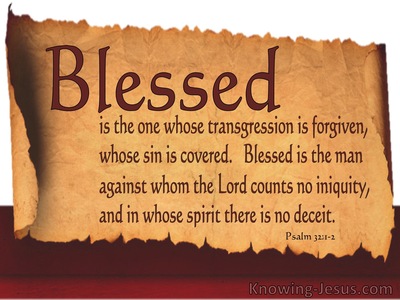 In the 18th century, Emanuel Swedenborg was given many detailed revelations on heaven, hell, the unity of God in one person, and how and why certain books of the Bible are Divinely inspired.  In one particular case, he saw in a waking vision how the Bible is even inspired not only by word but by even each Hebrew letter:

"There was once sent down to me from heaven a little paper inscribed with Hebrew letters, but written as with the ancients, by whom those letters which at this day are in some part of straight lines, were inflected with little curves turning upward. And the angels who were then with me said that they learned entire meanings from the letters themselves, and that they knew them especially from the bendings of the lines and of the terminations of the letter; and they explained what they signified separately and what conjointly; saying that the H, which was added to the names of Abram and Sarai, signified the infinite and eternal. They also explained to me the meaning of the Word in the second verse of the thirty-second Psalm, from the letters or syllables alone; and the meaning of them in sum was, that the Lord is also merciful to those who do evil." (True Christian Religion, n. 278)

So, exactly how did the angels do that? Swedenborg does not say. At first one might think one would have to know the symbolic individual meaning of each letter as it appears in each word. But there is a key phrase here, Swedenborg mentions "the meaning of them in sum." To "sum" is to simply add them up. I have been re-editing my work on the numerical poetry of the Psalms, in which I explain in detail the numeric significance of each Psalm number, verse count, word count, and even letter count. Initially I was going to make a minor translation update, but I discovered quite a few new significant word and letter counts I had missed. So its going to be an extensive update.  As I was editing Psalm 32, to my surprise a numerical pattern came up that confirms what Swedenborg said the angels had told him.

A more literal translation of Psalm 32:1-2 from the original Hebrew is as follows:

Happy is he whose transgression is forgiven,

Whose sin is covered.

Happy is the Man to whom Jehovah reckons not iniquity,

The latter e-book is the one I am editing and its off market now; I may rename it to The Numerical Poetry of the Psalms so the subject matter is a bit more clear. Once one knows the numerical pattern of each Psalm, one can uncover surprising hidden meanings through a hidden system of cross references. And this is done through the sum of word and letter counts.  So when I saw that word "sum" of letters or syllables being used in the angelic interpretation of Psalm 32:2, that caught my attention. Psalm 32:2, as one can seen from above, cant be read in isolation from Psalm 32:1. Moreover Psalm 32 is divided into several larger sections which for purpose of discussion I will call a "stanza" although other scholars prefer to use the word "strophe." Stanzas are generally defined by a switch in overall subject, however in Psalm 32 its been made easier for us: the first and second stanzas are demarcated by the word Selah. Thus Psalm 32 can be divided into three stanzas as follows: vv. 1-4, vv. 5-7 and vv.8-11.

The word and letter counts of each Psalm are significant, and not random.  So for example, if we count the number of Hebrew words in the first stanza, it is 32.  The 32 words is a self reference to Psalm 32.  The numerical structure thus influenced the placement of the Psalm so that it would be the 32nd Psalm. And there are many, many more examples of this numerical symbolism.

The majority of stanzas in the Psalms do not have a word count related to the Psalm number. It took me a while to realize this, but the majority of the stanzas reference other Psalm numbers. It is a hidden cross reference system.  Sometimes the reference is to Psalm numbers, other times it is to similar word, letter or verse count. Many Bibles have cross-references in the middle column, but in this case, it is a Divinely inspired set of cross-references and quite a few of them are rather interesting. One has to follow the numbers by knowing the word and letter counts. And this may have led to the Jewish practice of counting words and letters when transcribing scripture.

This numerical significance extends even to letter counts, which in the first edition of the work was incomplete. So, returning back to Psalm 32, the total sum of Hebrew letters in the first stanza is 122. Now, this number as well as many others at first had no meaning to me, but I am now using several computer programs that I wrote to analyze them. So what does the number 122 mean? It is a reference. I plugged it in, and there are exactly 122 poetic verses from Psalm 25 to Psalm 32. In order to see this one has to first restore the poetic verses of each Psalm which does not necessarily match the verse numbers as given in modern Bibles (which I have done, and it was tedious). The number 122 is acting as a reference pointing us to Psalm 25.

The ultimate authority in all this is the text itself, and Psalm 25 contains several similar passages to Psalm 32. For example, compare Happy is he whose transgression is forgiven, whose sin is covered (Ps. 32:1) with forgive all my sins (Ps. 25:18). And here is the passage from Psalm 25 where the angels had derived their meaning, that the Lord is merciful even to those who do evil:

Remember Your compassion, Jehovah, and Your mercies,

For they have been from of old.

Remember not the sins of my youth and my transgressions:

According to Your mercy remember me for Your goodness' sake, Jehovah.

Good and upright is Jehovah,

Swedenborg had no knowledge of this numerical symbolism, and this is probably the method the angels used to derive this meaning from Psalm 32:2 by using the sum of the letters. It is a confirmation that indeed Swedenborg did receive angelic revelations concerning true Christianity, which has become corrupted over the period of several centuries. And its a confirmation of this truth: the Lord is indeed merciful, loving and compassionate, even to those who are evil. All one has to do is learn the truth, ask help from the Lord and turn away from one's evil, and it will be forgiven.