NATO War Games and the Shoot-Down of Flight MH17 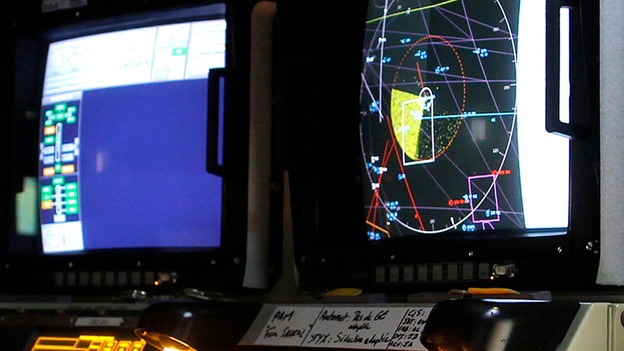 On July 17, 2014, Flight MH17 was downed by what was a Russian made BUK missile, by parties unknown.  As a result of this, the U.S. was able to convince its European counterparts to apply financial sanctions on Russia.  Coincidentally, the downing of flight MH17 coincided with the formation of BRICS the very same day, a newly formed financial organization that competes with IMF, the International Monetary Fund that is under the control of the U.S. and its allies.

The final report of the Dutch Safety Board was concluded on October 13, 2015 excludes the possibility of an air-to-air attack on flight MH17.  However for some reason the investigation decided not to narrow down the trajectory of the Buk missile. From Malaysia Airlines Flight 17 - The DSB Final Report:


The DSB calculated the trajectory of the missile and found it was fired within a 320-square-kilometre (120 sq mi) area southeast of Torez. Narrowing down a specific launch site was outside the DSB's mandate. According to Al Jazeera, the area identified by the DSB was controlled by separitists at the time of the downing.

So while the DSB avoided the question of who launched the Buk missile, there is circumstantial evidence that this was done by the separatists in eastern Ukraine:


Immediately after the crash, a post appeared on the VKontakte social media profile attributed to Russian Colonel Igor Girkin, leader of the Donbass separatists, claiming responsibility for shooting down an AN-26, but after it became clear that a civilian aircraft had been shot down, the separatists denied any involvement, and the post was taken down. An independent analysis by Bellingcat of open-source evidence indicated that Russian-backed separatists were in control of a Buk missile launcher on 17 July and transported it from Donetsk to Snizhne, while three eyewitnesses told the BBC that such a missile launcher was operated by a crew that seemed to be Russian in the area on that date.
The Ukrainian government stated that the missile was launched by "Russian professionals and coordinated from Russia". The German Federal Intelligence Service reportedly concluded that the plane was shot down by pro-Russian separatists using a captured Ukrainian Buk system.

So, given this information, should we jump to blame the separatists and Russia for the downing of flight MH17?  The Buk missile system is a sophisticated weapon system.  From Anatomy of a killer: Russia’s BUK 9M38 missile that destroyed MH17 is old but lethal tech:

Here is news that has been almost completely censored in western media.  In June of 2014, a month before the downing of flight MH17, many civilian airliners suddenly disappeared from air traffic control radars in eastern Europe.  Here is a post from June 17, 2014 from Airplanewatch Blogspot:


Dozens of planes from air-traffic control screens in the heart of Europe have mysteriously disappeared for a number of days with Electronic military exercises to blame for the incident, Slovak authorities have said.
About 50 planes temporarily disappeared from radars in Austria, Germany, the Czech Republic, and Slovakia between June 5 and June 10, Austria's flight safety monitor said.
German and Czech air traffic control also reported brief disappearances.
Slovakia blamed the outages on planned military exercises.
"The disappearance of objects on radar screens was connected with a planned military exercise which took place in various parts of Europe...whose goal was the interruption of radio communication frequencies," the Slovak air traffic services said in a statement.
"This activity also caused the temporary disappearance of several targets on the radar display, while in the meantime the planes were in radio contact with air traffic controllers and continued in their flight normally.”
Right after the problem with the radars was detected, the organizing party was made aware and the exercises were stopped, Slovakia's air traffic services added.
Slovakia did not mention a military force involved in the exercises, but Austrian media pointed towards NATO.
Austrian daily Curier reported on June 7 that the first disappearance problems coincided with NATO conducting electronic warfare exercises in Hungary.
During the exercises NATO was reportedly using devices that can interfere with enemy radar, according to the Telegraph.

So one month before the downing of flight MH17, NATO apparently conducted an exercise to jam the transponders of civilian aircraft in eastern Europe.  After this story came out, NATO itself quickly denied that they were responsible for jamming radar to make civilian airliners disappear.  From a report on June 25, 2014, NATO Denies Involvement in Aircraft Radar Jamming:


A statement from NATO made public last week denies involvement in the brief disappearance of dozens of aircraft from air traffic control radars in several European countries earlier this month.Air-traffic controllers in Austria, Germany, Slovakia and the Czech Republic reported data on the position, direction, height and speed of aircraft disappeared temporarily from radar systems on June 5 and June 10. The outages posed no serious danger to people on the aircraft travelling at high altitude.

Again, it is reported that Slovakia stated that this was part of a planned military exercise, and Austria stated that the military organization was NATO.  The denial from NATO was reported on June 15 (see NATO denies 'jamming' exercise led to radar vanishings).  So while NATO initially stated it was not them, a subsequent statement to Reuters from NATO clarified that statement:


NATO, in response to a request for comment from Reuters, said that training involving “localized and low-power jamming” was conducted over Hungary during the June 2-6, but denied any jamming exercises on June 5.
“Our assessment is that NATO did not cause any interference with civilian air traffic control frequencies. When NATO conducts such exercises, we coordinate our activities with relevant civilian authorities and only use frequencies provided to us by the host nation,” a NATO military officer said.

So NATO admits they did a military exercise, but only over Hungary and not the other countries.  This is odd, are we to believe that another military orgnization conducted exercises around the same time without the knowledge of NATO?  If we look at a map, these radar outages occurred in countries just west of Ukraine: 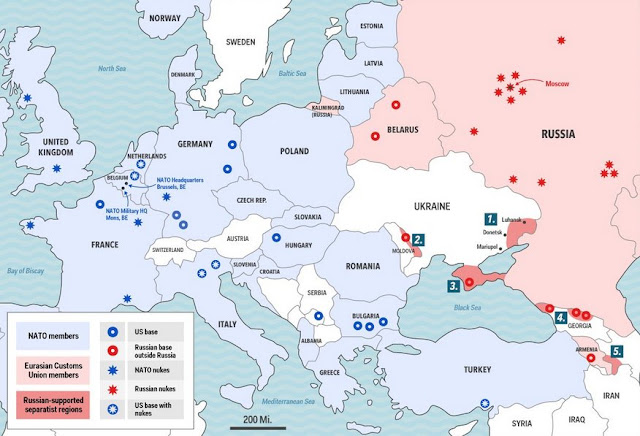 And here is the final piece of information on an inquiry by the German government analyzing these radar disappearances dated from July 14, 2014, and they determined that NATO had indeed conducted a jamming exercise in June, from LiveLeak:

The LiveLeak article summarizes the transcript as follows:

NATO successful test in blocking a civilian aircraft transponder to make it look like a military aircraft.


The 10-day NATO exercise code named «BREEZE 2014» has ended in Black Sea. The exercise, which included the use of electronic warfare and electronic intelligence aircraft such as the Boeing EA-18G Growler and the Boeing E3 Sentry Airborne Warning and Control System (AWACS), coincided with the shootdown of Malaysian Airlines Flight 17 in eastern Ukraine, some 40 miles from the Russian border. NATO ships and aircraft had the Donetsk and Luhansk regions under total radar and electronic surveillance.

This means NATO should have data indicating exactly where the Buk missile was launched.  And yet this information has not been released.  Perhaps there are elements of the operation that may be classified.  The article continues:


200 U.S. Army personnel normally assigned to bases in Germany were in Ukraine during the time of the MH-17 fly-over. They were participating in NATO exercise RAPID TRIDENT II. Ukraine’s Ministry of Defense led the exercise.

Strangely, announcement of this exercise came on the web page for Vice President Joe Biden:


The announcement of U.S. BREEZE and RAPID TRIDENT II military maneuvers came on May 21, 2014, and were announced on the website operated by Vice President Joe Biden’s office. Biden’s son, Hunter Biden, is a newly-named director of the Ukrainian natural gas and oil company Burisma Holdings, Ltd., owned by Ihor Kolomoisky, the Ukrainian-Israeli mafia oligarch, whose is known as the «Chameleon».

And then there is this strange connection with Kiev's international airport:


Kolomoisky, estimated to be the second-richest person in Ukraine, also has strong connections inside Kiev’s Borispol International Airport, where it has been reported that Ukrainian Interior Ministry troops stormed the air traffic control tower shortly before MH-17 was shot down. A Spanish air traffic controller, who possessed knowledge of the Ukrainian Interior Ministry’s involvement in the shootdown of MH-17, reportedly had his life threatened by people he described as «Maidan» troops, a reference to the Maidan Square uprising that toppled the Ukrainian government earlier this year.

If we look at the record, while flight MH17 was flying over Ukraine, it was redirected by the Ukrainian air traffic control to change its course in a more northerly direction to avoid a storm, sending it straight over the region of conflict:

It should be noted that flight MH17 was not the only airline flying over the region, another airplane from Singapore airlines also flied over the region the same day.

Who benefits from the crash of flight MH17.  NATO benefits, Western interests in Ukraine benefits, and IMF benefits as Russia became part of the BRICS financial organization, the final details of which was finalized on July 17, 2017.  The shootdown of flight MH17 came at a "convenient" time.

Here is a bizarre video of a speech Christine Lagarde gave in January of 2014, in which she goes into a strange speech on the numerology of the number 7.  This video, posted on May 24, 2014, attempts to analyze it, and thinks that Christine Lagarde is giving a hidden message to the elite about a date:


"I certainly hope that IMF will have something to do with it."

The person who uploaded this video in May of 2014 concludes:


So we can pretty easily determine what she is really referring to is July, the seventh month of 2014.

This is a follow up post to A Prophetic Dream of Flight MH17: Another False Flag?  What triggered this investigation is that months before, someone I know had a prophetic dream of a deliberate shoot down of an aircraft.  Beneath the aircraft there was a sphere like pearl object, containing gold.  In the dream, I threw a rock at the plane, and directly hit the pearl sphere, causing the gold to scatter about all around me.  When the shoot down of flight MH17 occurred, from the dream I knew that it was a deliberate act, and it was done for financial gain.  Most of the victims were Dutch, from the Netherlands, and I myself am half Dutch.  Once the issue of the transponder signal of civilian aircraft came up in my discussions on this, I then realized that the pearl like sphere could be representing a false transponder signal.

The lesson here is: don't always accept what the media tells you. Research the facts, and ignore the propaganda.  The purpose of propaganda is to control behavior, to elicit a desired response to meet a hidden goal.  Here is an interesting clip entitled "9/11 Predicted on the Lone Gunman", an episode that aired on March 4, 2001: